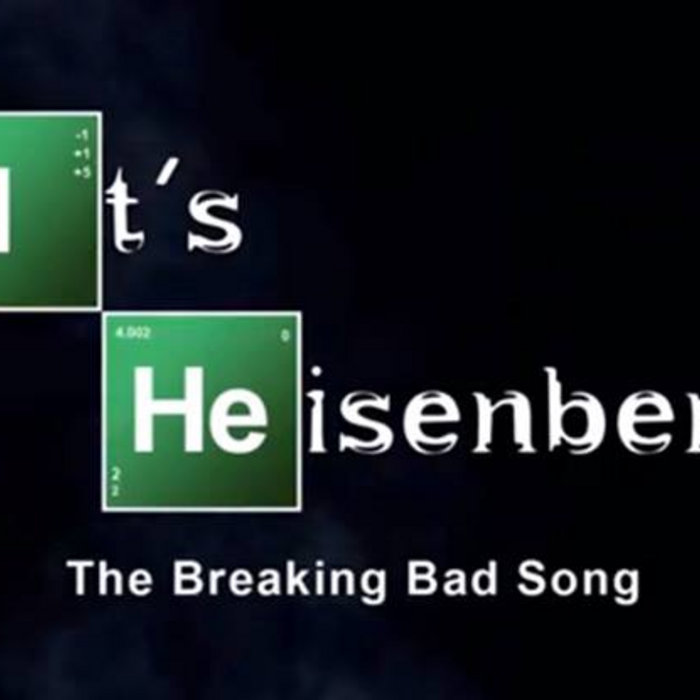 A tribute to Breaking Bad
SPOILER ALERT! If you haven't seen the show, you might hear things you didn't think would happen.

But good ole Walter, don’t you falter
He promised to provide.
Then Loud mouthed Hank, made Walter think,
And out came Mr. Hyde.

Jesse Pinkman, ain’t no think man
But he can sure push crystal meth.
Yo, yo, Mr. White, hey that ain’t right,
You caused sweet Jane’s death!

As business grew, everyone they knew,
Blue Sky was the thing.
Then comes Ehrmantrout, so don’t you shout,
To take you to Gus Fring.

So long Heisenberg, that’s the word,
Now you work for the Cartel.
No more Heisenberg, haven’t you heard.
And your marriage went to hell.

Skyler’s a bitch, Flynn’s nickname won’t stick,
Hank still has no clue,
Your gift from Gale just derailed,
All you’ve tried to do.

Ha, you won’t stop, ‘til you’re on top
Took care of Gus and Mike.
Saul’s got your back and Jesse cuts you slack
Cuz you’re mother fucking Walter White.

Now he’s on the run, so much for fun,
You’ve lost your laundry lab
Everyone you know has got to go,
Or YOU’LL be on the slab.

There’s only one way to end the day
Walter buy that gun.
Jesse get away, you know you can't stay
Looks like Hank and the DEA won.

He was Heisenberg, have you ever heard
A legend round these parts.
Remember Heisenberg that’s the word
His work it was an art

His work it was an art

terence leclere is adept at making up songs on the spot, and loves to sing and play guitar. he's also from paris, originally..

Bandcamp Daily  your guide to the world of Bandcamp

outré black metal, with a Victory Over the Sun interview and music from Liturgy and Jute Gyte.